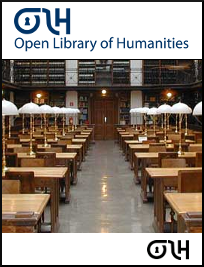 open library of humanities The Open Library of Humanities journal publishes internationally-leading, rigorous and peer-reviewed scholarship across the humanities disciplines: from classics, theology and philosophy, to modern languages and literatures, film and media studies, anthropology, political theory and sociology. Our articles benefit from the latest advances in online journal publishing – with high-quality presentation, annotative functionality, robust digital preservation, strong discoverability and easy-to-share social media buttons. We are now dedicated to publishing Special Collections focused on a particular topic or theme, and so no longer accept general submissions. Our megajournal platform means that we particularly welcome interdisciplinary Special Collections, and we also encourage submissions in languages other than English.
Submit View 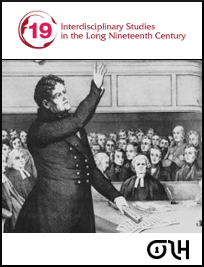 19 is a peer-reviewed journal dedicated to advancing interdisciplinary study in the long nineteenth century. Based at Birkbeck, University of London, 19 extends the activities of the Centre for Nineteenth-Century Studies by making the high-quality, original scholarship presented at its regular conferences, symposia and other events available to an international audience. 19 publishes two themed issues annually, each consisting of a collection of peer-reviewed articles showcasing the broadest range of new research in nineteenth-century studies, as well as special forums advancing critical debate in the field. 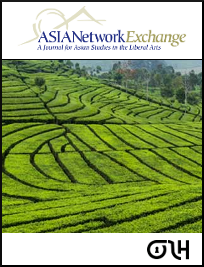 The ASIANetwork Exchange is the journal of ASIANetwork, a consortium of around 160 North American colleges, that strives to strengthen the role of Asian Studies within the framework of liberal arts education. Originally a newsletter, then a journal, in Fall 2011 the Exchange became a peer-reviewed publication, catering primarily to faculty appointed in liberal arts institutions with programs in Asian Studies. The ASIANetwork Exchange seeks to publish current research, as well as high-quality pedagogical essays written by specialists and non-specialists alike. The journal's editors are particularly interested in publishing articles, book and media reviews that address the needs of the undergraduate classroom. 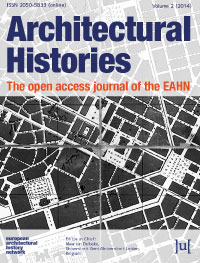 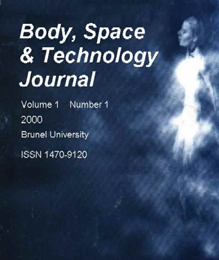 body, space & technology Body, Space & Technology (BST) is a leading journal of contemporary artistic practice and research and  joined the OLH platform in Summer 2017. Since it launched in 2000, BST has built a strong reputation for scholarly quality and innovation, as well as fostering a global academic community around its published content. BST publishes research into artistic practice that engages with digital technologies, particularly as these relate to bodily interaction and creativity, and in multi-disciplinary perspectives.
Submit View 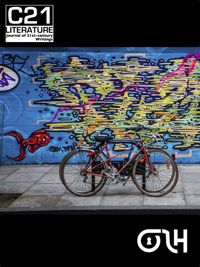 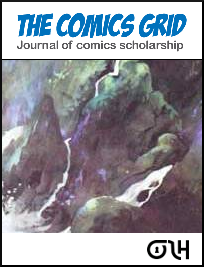 comics grid The Comics Grid: Journal of Comics Scholarship is an open access, open peer review academic journal dedicated to comics scholarship. The journal aims to make original contributions to the field of comics studies and to advance the appreciation of graphic narrative. We aim to promote comics scholarship within academia and the general public with contributions that present specialised knowledge in an accessible language. As a publishing platform we encourage digital research, public engagement and collaboration.
Submit View 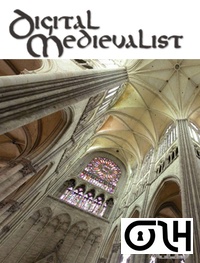 digital medievalist Digital Medievalist (DM) publishes work of original research and scholarship, theoretical articles on digital topics, notes on technological topics, commentary pieces discussing developments in the field, bibliographic and review articles, tutorials, and project reports. The journal also commissions reviews of books and major electronic sites and projects. All contributions are reviewed before publication by authorities in humanities computing. Submissions to DM should concern topics likely to be of interest to medievalists working with digital media, though they need not be exclusively medieval in focus. They should be of a length appropriate to the subject under discussion.
Submit View 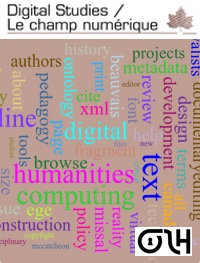 digital studies / le champ numérique Digital Studies / Le champ numérique is a refereed academic journal serving as a formal arena for scholarly activity and as an academic resource for researchers in the digital humanities. Submissions to DSCN focus on the intersection of technology and humanities research. Articles on the application of technology to cultural, historical, and social problems, on the societal and institutional context of such applications, and the history and development of the field of Digital Humanities. Submissions focussing on issues of the practice of the Digital Humanities in a global, multi-cultural, or multi-lingual context are particularly encouraged.
Submit View 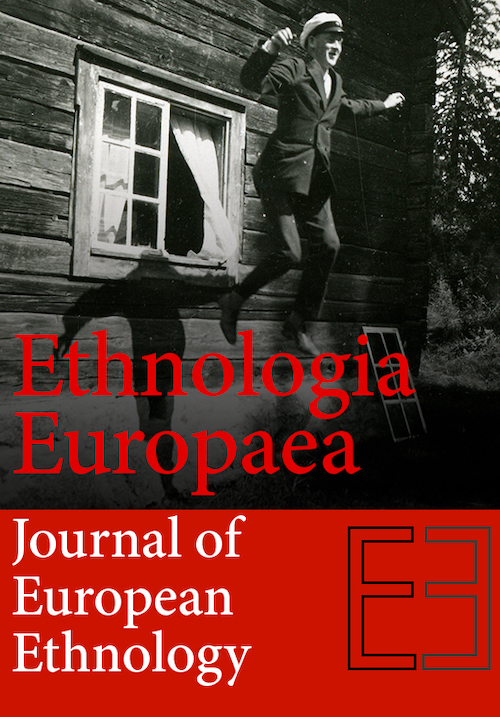 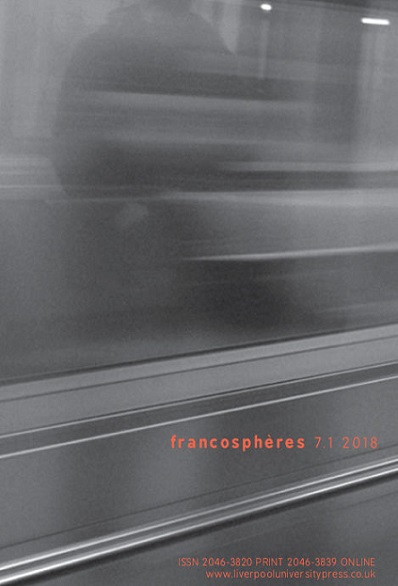 Francosphères, which is edited at the Centre for Postcolonial Studies (CPS) in Paris and London, seeks to define and question the presence of French language and culture across frontiers and borders, as defined by the Franco postcolonial presence, contact with French culture, and the ‘France of the mind’. To this extent, it is a journal of transcultural and intercultural French Studies - about liminal spaces rather than operating within the hierarchy of ‘French’ or ‘Francophone’ culture.

Taking its cue from recent advances in postcolonial and gender theory, it investigates the legitimacy of these issues within France itself as well as in post-colonial territories or territories which have never been under French control. The overall aim is to advance a dialogue about what it means to work in ‘French’ Studies in the 21st Century – this opens up the possibility of Medieval and Early Modern perspectives on the ‘Francosphere’.

Francosphères thus offers an opportunity to reflect critically on ‘concentrations’ of creative and counter-hegemonic endeavours in which the French language, culture or an ‘idea’ of Frenchness have played a determining role, thereby contributing to the development of new critical paradigms for our ‘post-national’ era. 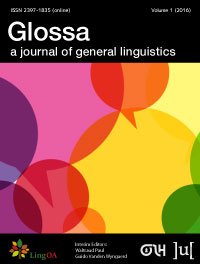 Glossa is dedicated to general linguistics. The journal publishes contributions from all areas of linguistics, provided they contain theoretical implications that shed light on the nature of language and the language faculty. Contributions should be of interest to all linguists, independently of their own specialisation.  Published by Ubiquity Press, the journal is financially supported by the Open Library of Humanities and the LingOA network. 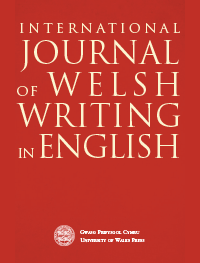 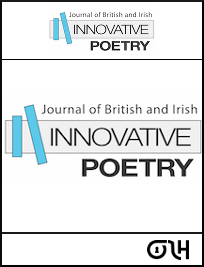 The Journal of British and Irish Innovative Poetry centres on the poetic writings that have appeared in Britain and Ireland since the late 1950s under various categorizations. These include works that are avant-garde, underground, linguistically innovative, second-wave Modernist, non-mainstream, the British Poetry Revival, the parallel tradition, formally innovative, neo-modernist and experimental, while also including the Cambridge School, the London School, concrete poetry, and performance writing. All of these terms have been variously adopted and contested in anthologies and the journal extends scholarly discussion of the ongoing importance of innovative poetic styles and techniques within British and Irish literature. 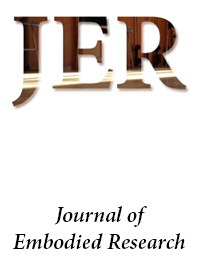 Journal of Embodied Research is the first peer-reviewed, open access, academic journal to focus specifically on the innovation and dissemination of embodied knowledge through the medium of video. With an editorial advisory board drawn from across the arts and humanities, it aims to pioneer the scholarly video article as a new form supporting development of diverse embodied research projects. 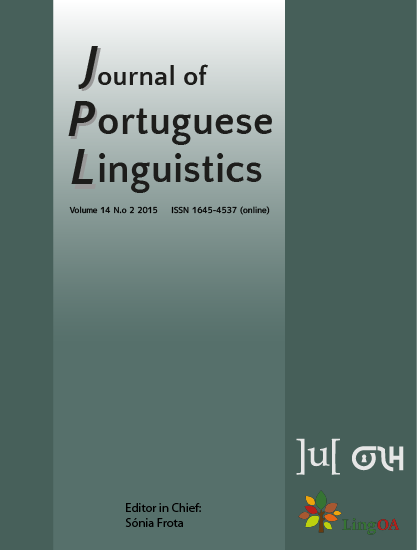 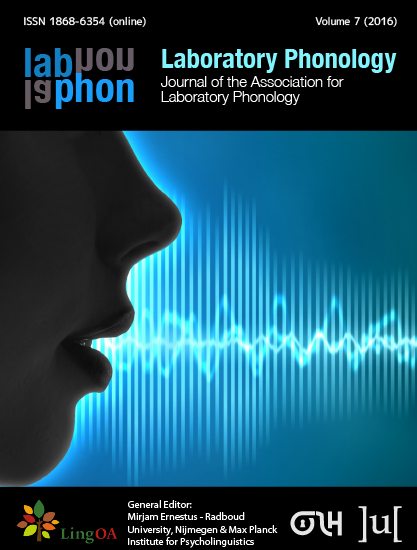 laboratory phonology Laboratory Phonology is the official journal of the Association for Laboratory Phonology. Founded in 2010, the journal publishes reports on the scientific study of all phonological / phonetic aspects of spoken and signed language through scholarly exchange across disciplines, including all domains of linguistics (phonology, phonetics, syntax, morphology, semantics, pragmatics) as well as from related disciplines, including psychology, speech & hearing science, communication science, computer science, electrical & computer engineering, and other related fields. The first six volumes of Laboratory Phonology were published by De Gruyter Mouton (the articles in these volumes are freely available here). Published by Ubiquity Press, the journal is financially supported by the Open Library of Humanities and the LingOA network.
Submit View 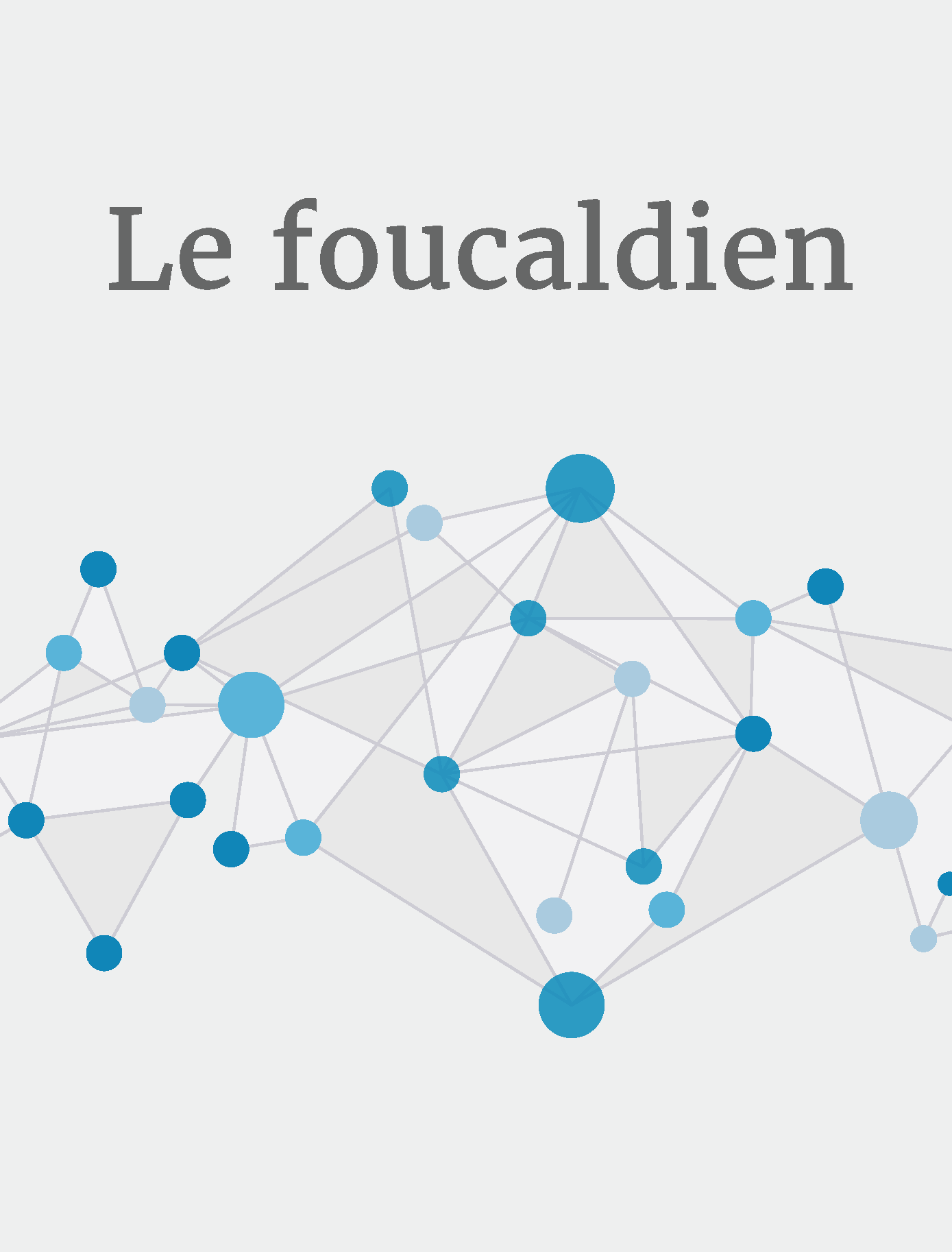 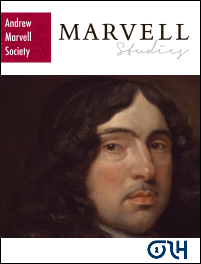 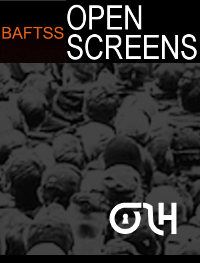 Open Screens is the open-access online journal of the British Association of Film, Television and Screen Studies. The scope of the journal is international and its vision is inter-disciplinary. It encourages innovative contributions from scholars of film, television and other screen-based media, publishing research articles, commentaries, reviews and audio-visual research-by-film-practice.

In keeping with the mission of BAFTSS, contributions from both established and postgraduate scholars are considered, and contributors do not need to be members of the Association.

Open Screens ranges over the historical and the contemporary, and it aims to embrace film, television, screen and media studies, as well as related disciplines across the Humanities and beyond, such as area studies, gender studies and sexuality studies. 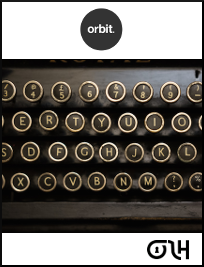 Orbit: A Journal of American Literature

orbit: a journal of american literature

Orbit is a peer-reviewed, open-access journal of contemporary American fiction from the second half of the twentieth century to the present. We publish special and general issues in a rolling format, which brings together a traditional journal article style with the latest publishing technology to ensure faster, yet prestigious, publication for authors. 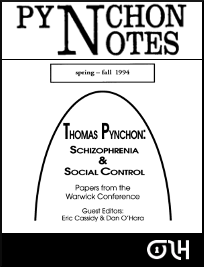 pynchon notes Pynchon Notes was a journal devoted to studying the works of Thomas Pynchon. Running from 1979 to 2009, the journal is here preserved by the Open Library of Humanities, but does not accept any new submissions. For new articles on the works of Thomas Pynchon, related authors and adjacent fields in 20th- and 21st-century literature, please see the OLH journal Orbit: A Journal of American Literature.
View Current Issue 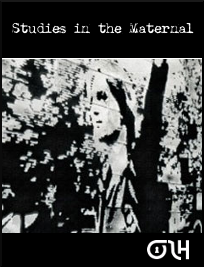 Studies in the Maternal

studies in the maternal

Studies in the Maternal is an international, peer-reviewed, scholarly online journal. It aims to provide a forum for contemporary critical debates on the maternal understood as lived experience, social location, political and scientific practice, economic and ethical challenge, a theoretical question, and a structural dimension in human relations, politics and ethics. 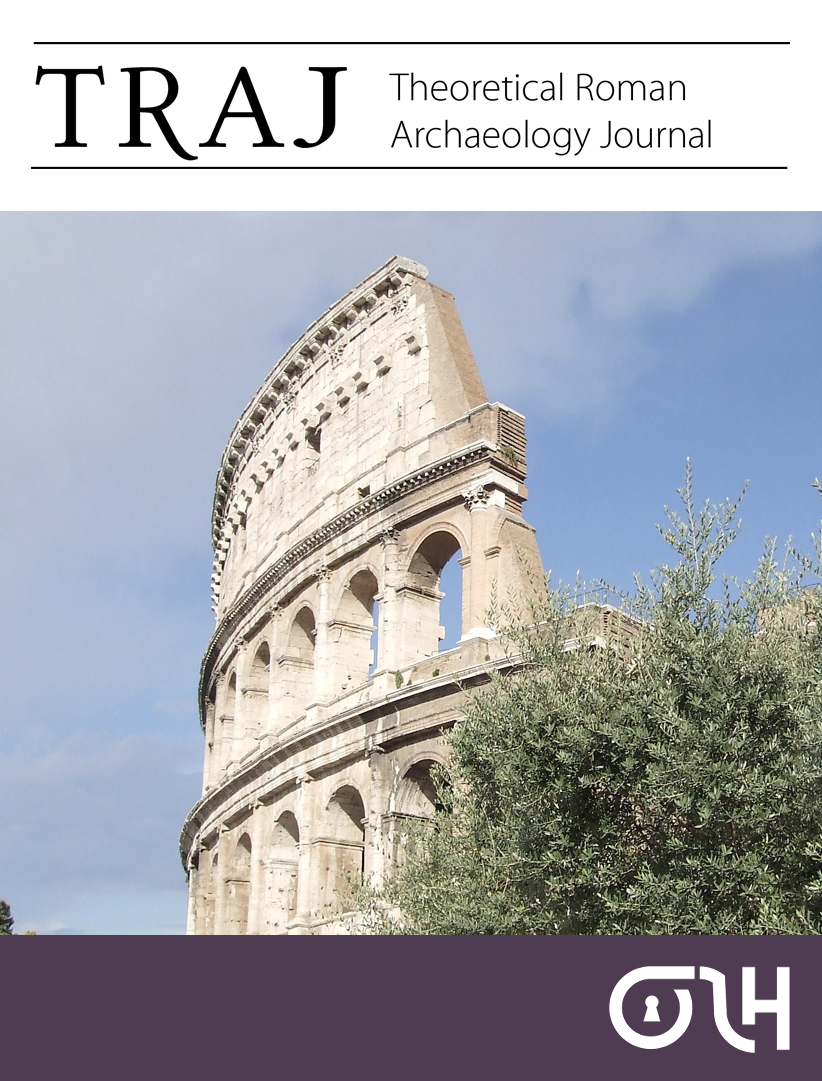 theoretical roman archaeology journal The Theoretical Roman Archaeology Journal (TRAJ) is a peer-reviewed, open access journal, providing a venue for innovative and interdisciplinary research in the field of Roman Archaeology. The journal promotes the use of theoretical approaches to the Roman past and facilitates fresh interpretations of datasets, rather than solely the presentation of archaeological data. The geographical scope of the journal is the whole of the Roman world at its greatest extent, including areas beyond the frontiers where Roman influence was evident. The journal’s temporal scope is from the Bronze Age to the Late Antique period; however, the subject of most contributions will usually range from the third century BC to the fifth century AD.
Submit View 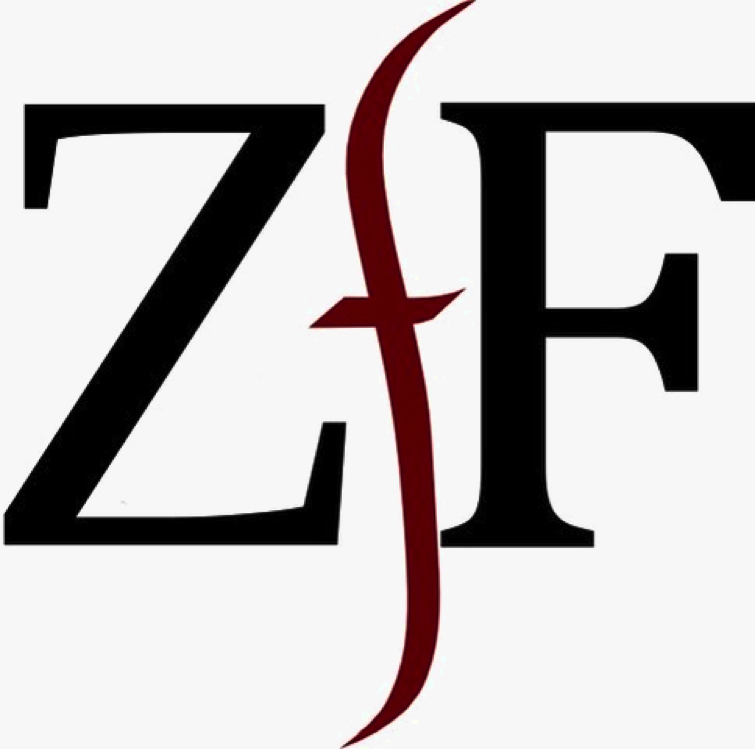 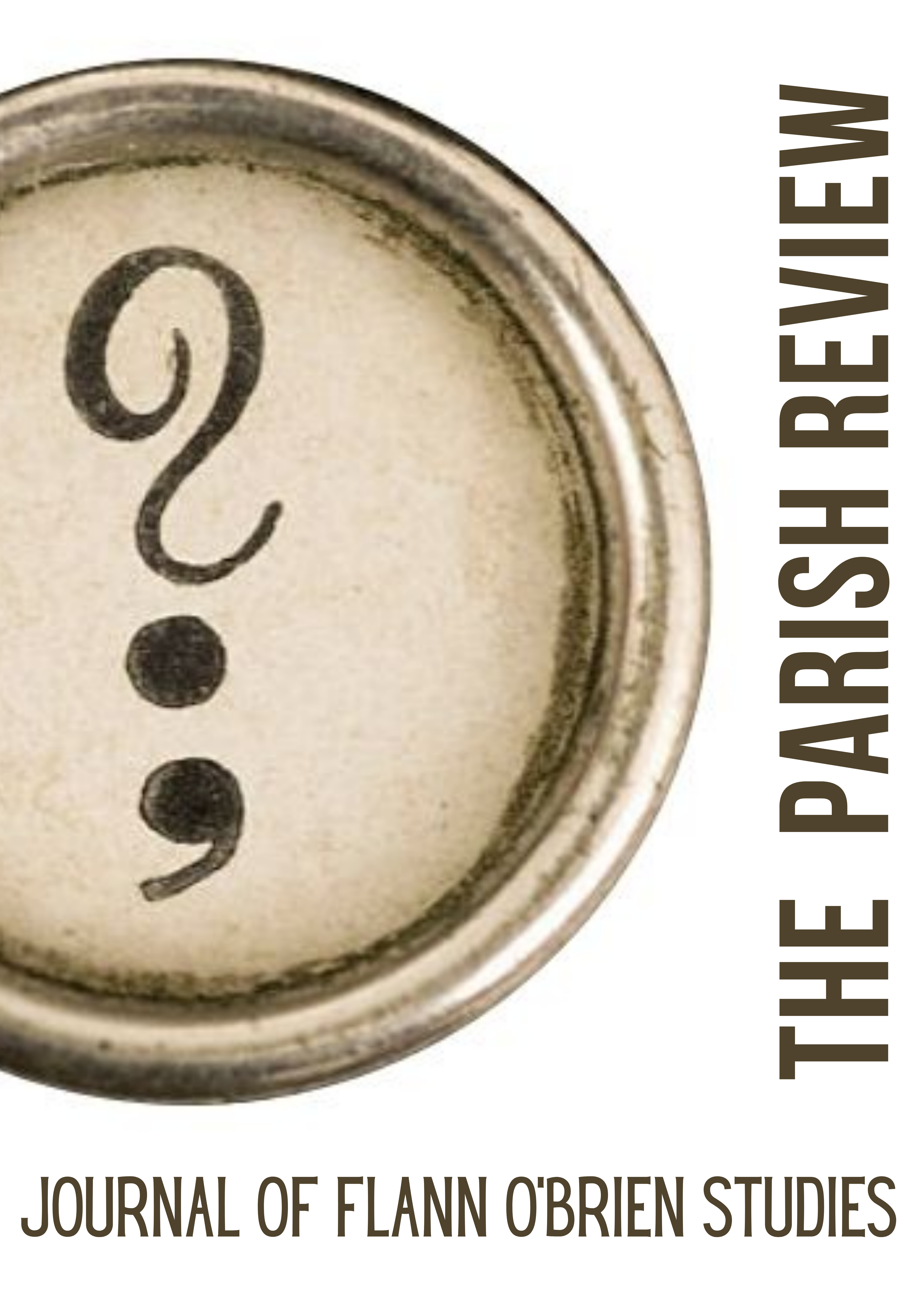