An Open Insights interview with Camilla Rostvik and Aileen Fyfe 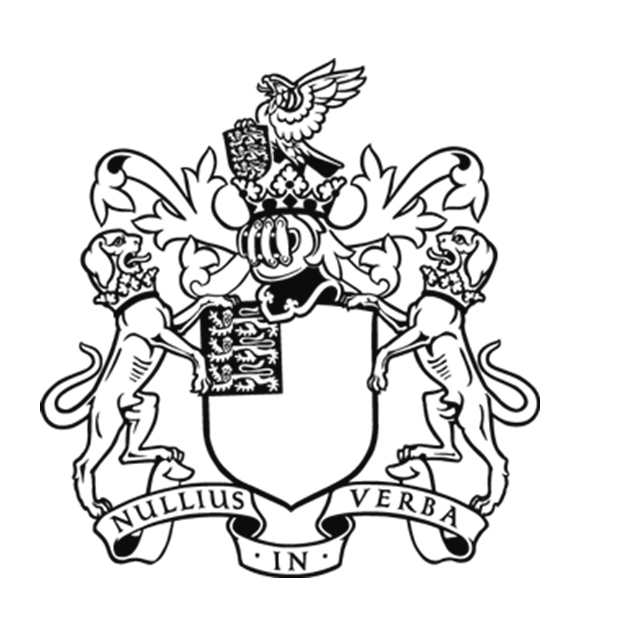 Camilla Rostvik and Aileen Fyfe are the authors of the essay “Ladies, Gentlemen, and Scientific Publication at the Royal Society, 1945–1990” published by the Open Library of Humanities in June. Today we explore more about the context of their research and their findings.

OLH: Hi Camilla and Aileen, thanks for talking to us! To start, can you tell us more about the project and what led you to do this research?

Camilla: Aileen and I, with our colleagues, Dr Noah Moxham and Dr Julie McDougall-Waters, spent several years researching the history of the world’s longest-running scien-tific journal, the Royal Society’s Philosophical Transactions, founded in 1665. Our AHRC-funded project, ‘Publishing the Philosophical Transactions’ covered the entire history of the publication, with unique access to the Royal Society archives – including referee re-ports and staff memos.

While researching this history (due in book-form with Pittsburgh University Press next year), we started noticing a lack of women and diversity in the archive material available, which led to several discussions in the research team. We started questioning our own practices as historians, challenging ourselves to not just tell white male histories. From that, we started gathering evidence of women’s presence in this male-dominated history of publishing, and thinking about writing an article focused on women.

Once we began actively looking, women appeared in many interesting places, including as authors, peer-reviewers and Royal Society staff. Evidence of other minorities proved more difficult to find, hinting at the need for future research into the Society’s history of racial exclusions.

OLH: What do your research findings suggest and how has peer-review and editorial process changed over the last 100 or 200 years?

Aileen: One of the fascinating things has been to investigate the idea that there is a special form of editorial process for academic research journals, and peer review is a key part of that. The academic editorial process appears to have peculiar powers both to evaluate research (for quality, truth or plausibility, depending on your view point) and to create a token that can be used to evaluate researchers (the list of publications). This editorial process is often presented as timeless, universal and necessary – but history clearly shows that it is not.

The academic editorial process appears to have peculiar powers both to evaluate research (for quality, truth or plausibility, depending on your view point) and to create a token that can be used to evaluate researchers (the list of publications). This editorial process is often presented as timeless, universal and necessary – but history clearly shows that it is not.

Peer review is much newer than we all assumed: the term came into common use only in the late 1960s and 1970s. The practice of requesting confidential, written reports on the merits of a submitted paper was not new, but such ‘refereeing’ had previously been associated with the periodicals of scientific societies and was only sporadically used by other sorts of journals. But since the 1960s, it has gradually come to be regarded as a necessary, standard practice for academic journals in a wide variety of disciplines.

Our team had already shown that ‘refereeing’ had originated at societies like the Royal Society in the early nineteenth century. We realised that using referees can be seen as a form of collective decision-making for a voluntary organisation. It spread reputational risk, protected the institutional finances, and created the impression of a community decision. It was not until the 1940s that we began to find explicit claims that it was also judging quality.

OLH: Why is important to add a historical dimension to contemporary debates about the role of gender in the peer review system, and in academic knowledge-production more generally?

Camilla: The idea that women and men are different has deep historical roots, although the contemporary expression of sexism changes with time. There have always been people who resist a feminist analysis of history, many of whom have held powerful positions, such as editors and publishers. History is a language that power understands, and so adding historical dimension to contemporary debates about gender serves both as evidence and reminder. It also helps us avoid reinventing the wheel, as history clearly shows that today is not the first day women have experienced, and attempted to combat, sexism in knowledge-production and peer review.

By drilling down into one specific disparity, the lack of women in historical peer review, we are both showing how serious this instance of inequality is, whilst also adding further evidence to the larger debate about sexism in the STEM fields historically and contemporaneously.

In terms of academic publishing specifically, we know that most academic papers throughout history have been written, edited and published by men. Men have also, as owners and stake-holders in corporate publishing models, profited from academic writing by women (and men). This is due to a vast and complicated array of ‘tiny cuts’, from the historical disparity in educational opportunities, to the treatment of women as coffee-makers and eye-candy in laboratories. By drilling down into one specific disparity, the lack of women in historical peer review, we are both showing how serious this instance of inequality is, whilst also adding further evidence to the larger debate about sexism in the STEM fields historically and contemporaneously. We do not accept the excuse ‘that’s just how it was’ and ‘it’s part of gentlemanly societies at the time, and aim to shed light on the serious nature of historical inequality that we have found.

OLH: As you mention in your research, until the late 20th century, the Royal Society’s editorial systems restricted access to key roles to its own fellows. How did that affect the participation of women scientists in decision-making roles at one of the most prestigious publication outlets in science?

Aileen: When trying to understand the nineteenth-century origins of the academic editorial process, we placed significant emphasis on the benefits of all the referees (and editorial committee members) being fellows of the Royal Society. As members of a single community, they would share expectations, practices and values, and might usefully have a sense of responsibility to the organisation.

But from a twenty-first-century perspective, keeping all these powerful decision-making roles within the community could also be seen as having some disadvantages. Are shared definitions of good research (or good researchers) a way of maintaining standards, or a recipe for intellectual conservatism and the exclusion of people who don’t fit?

The historical restriction of editorial roles to fellows of the Society meant that, although women researchers could (and did) submit papers to the Society’s journals, they would be evaluated by male referees and committee members. We wanted to look at what happened once there were women fellows, after 1945. We also tried to look at what happened once the restrictions on referees were lifted in 1969. The intriguing thing is that we did not find a straightforward pattern of increasing involvement of women in editorial roles over the course of the twentieth century.

In the 1950s and 1960s, the handful of women fellows did become moderately involved in refereeing; much like their male counterparts, some did very little and others did a lot. But in the 1970s and 1980s, the women fellows seem to have been less involved in refereeing; and what’s more, the non-fellows who were invited to referee were virtually all men.

The rules may have changed, but it looks as though the social networks on which the choice of referee so often depended, continued in their traditional, masculine (and white British) way.

Camilla: The Royal Society used to lay proud claim to the term ‘gentlemanly’, but we think the signifiers attached to the term has changed and deserve examination. To this day, we hear people uncritically using this term to gesture to a positive ideal of gallantry, fairness and intellectual ambition.

You could say that the term ‘gentlemanly’ is a Freudian slip, signifying only superficial and sweet traditions in the mind of the speaker, but revealing a long history of unconscious bias seen through a feminist analysis of publishing history.

But when we started gathering all the instances of the use of the word ‘gentlemanly’, we found that it was in reality often used when talking about different values. For example, editors would claim ‘gentlemanly’ traditions as a reason to keep systems that expressly excluded women from dining clubs and certain titles. You could say that the term ‘gentlemanly’ is a Freudian slip, signifying only superficial and sweet traditions in the mind of the speaker, but revealing a long history of unconscious bias seen through a feminist analysis of publishing history.

Inhabiting unconscious bias is, of course, a privilege – and will only change once those with privilege start examining the worldviews they take for granted. This is currently happening at the Royal Society. Assuming that ‘gentlemanly behaviour’ is benign also reveals a lot about what an institution values. We tried to examine our own privilege when we asked ourselves why our history of the Philosophical Transactions was looking so lop-sided in terms of gender and diversity, and I think our project is better for it. The Royal Society is doing the same, and clearly benefitting from aiming at ‘equality’, rather than tradition and ‘gentlemanliness’, in its attempts to put diversity on the scientific agenda today.

OLH: Statistics are important, they help us assess progress and gender disparity in society.  In the last few years, and especially after the coming into force of the Equality Act 2010, many institutions started examining their own lack of diversity. However, as the last Royal Society report from 2016 suggests, women are still largely underrepresented in the Society, with 8% of women fellows compared to a 92% of men.  What can be done today to make change genuinely possible?

Aileen: It is true that women are still a tiny minority in the Royal Society fellowship. But the annual Diversity Reports now produced by the Society also show that the Society’s election procedures are already admitting more women: of the fellows elected since 2013, 21% are female. The number of female fellows has increased dramatically since 1990 (the end-point of our paper). Nonetheless, it still is only 8%. To us, this suggests that personal networks remain important, and that not so many women are well-connected in the necessary places. It is one of the disadvantages of an election system that relies upon nomination by existing fellows. Such systems are common among elite learned bodies (including the British Academy, as well as the Royal Society). In contrast, when the Young Academy of Scotland was set up in 2011, it was established with an open application system: anyone can apply. Is it coincidence that 53% of the Young Academy members are women?

One positive outcome of our research is that the Royal Society publishing team have begun to investigate the statistics on contemporary reviewers and authors, complementing our historical work. As a result, the latest Diversity Report (looking back at 2017) included an additional section specifically on publishing. It shows that 33% of Royal Society authors were female, and also 30% of reviewers. This is notably higher than the proportion of women fellows, showing that the removal of the restrictions on referee selection are now (finally) helping. It is also notably higher than the equivalent figures reported by Nature in June 2018, where only 16% of both authors and reviewers appear to be women. (The figures may not be strictly comparable, since the Royal Society uses self-reported identity, whereas Nature ran people’s first names through an algorithm to attribute gender.)

Compared with our historical data, the recent Royal Society figures suggest that gathering diversity statistics, and raising awareness, does make a difference.

Our thanks to Camilla and Aileen, and keep an eye out for more #EmpowOA Open Insights soon!